Professor, Philosophy and History of Science, University of Exeter

A heated debate surrounds the significance of reproducibility as an indicator for research quality and reliability. Through the analysis of discourse and practices across data-intensive research fields, I have argued that reproducibility is not only interpreted in different ways, but also serves a variety of epistemic functions depending on the research at hand; and that given such variation, the uncritical pursuit of reproducibility as an overarching epistemic value is damaging to scientific advancement (Leonelli 2018). In this talk, I develop that argument further by identifying and analysing the characteristics of research environments that have most relevance in shaping researchers’ understandings of reproducibility. I then discuss the different role that such characteristics play across research domains and practices, as well as the skills and resources required in order to perform such characteristics – and thus reproduce the relevant variety of reproducibility.  I conclude noting the normative assumptions made in contemporary discussion of reproducibility in the sciences and questioning how those relate to concerns around scientific results, the circumstances of specific researchers, and/or the specific interpretations of scientific values underpinning different ways of knowing. [Leonelli, S. (2018) Re-Thinking Reproducibility as a Criterion for Research Quality. Research in the History of Economic Thought and Methodology 36B, 129-146. OA version in the PhilSci Archive: http://philsci-archive.pitt.edu/14352/ ]

Sabina Leonelli is Professor in Philosophy and History of Science at the University of Exeter, where she co-directs the Centre for the Study of the Life Sciences (Egenis) and leads the governance strand of the Institute for Data Science and Artificial Intelligence. Her research concerns the epistemology and governance of data-intensive science, the philosophy and history of organisms as scientific models and the role of open science and related evaluation systems in the global - and highly unequal - research landscape. She is Fellow of the Alan Turing Institute, Royal Society of Biology and Académie Internationale de Philosophie de la Science; Editor-in-Chief of History and Philosophy of the Life Sciences; and Associate Editor of the Harvard Data Science Review. She has a strong interest in science policy and served as expert for national and international bodies including the European Commission. She received funding from several public bodies, including most recently from the European Research Council for a project on “Philosophy of Open Science for Diverse Research Environments” (2021-2026). Her books include the award-winning Data-Centric Biology: A Philosophical Study (Chicago UP, 2016) and Data Journeys in the Sciences (Springer, 2020, with Niccolo Tempini). 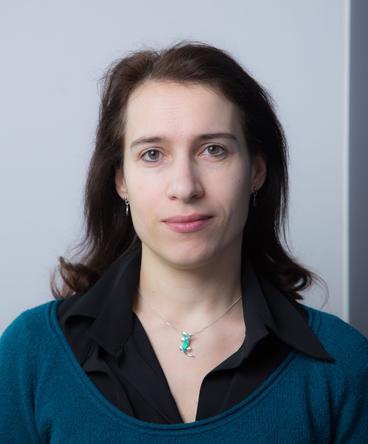